The web of smart and connected devices that form the Internet of Things (IoT) is poised to impact every sphere of our lives as well as every market sector, and drive the fourth industrial revolution. While IoT, in convergence with artificial intelligence (AI) and big data analytics, is rapidly changing our lives and society at large, we also face an increasing gender gap in the field of IoT technology and applications encompassing all aspects of research, development and practice. The goal of this workshop is to bring together women leaders from all sectors of IoT and students interested in the field of IoT to promote and enable increasing participation of women and address the gender gap issue in the field of IoT. The workshop is organized by members of the Warren B. Nelms Institute for the Connected World at University of Florida, in collaboration with several other universities in the state of Florida. It will be held virtually and is free to join and open to all with registration. We cordially welcome participants from all sectors to join the workshop and contribute to its mission.

Cammy R. Abernathy received her S.B. degree in materials science and engineering from the Massachusetts Institute of Technology in 1980, and her M.S. and PhD degrees in materials science and engineering from Stanford University in 1982 and 1985 respectively. She joined the University of Florida’s Department of Materials Science and Engineering as a professor in 1993. In 2004 she became the College’s Associate Dean for Academic Affairs and in July 2009 was appointed Dean of the College of Engineering. Dr. Abernathy’s research interests are in synthesis of thin-film electronic materials and devices using metal organic chemical vapor deposition and molecular beam epitaxy. She is the author of over 500 journal publications, over 430 conference papers, one co-authored book, 7 edited books, 8 book chapters, and 7 patents. Dr. Abernathy is a fellow of the MRS, AAAS, AVS, APS and of the Electrochemical Society. She is also a Director of the American Society of Engineering Education (ASEE) Engineering Deans Council Executive Board.

Exciting IoT and edge computing applications continue to emerge to support important societal needs.  Advances in AI and machine learning, next generation of wireless networks, new programmable hardware and simplified programming models are enablers of these new applications. However, there are significant research challenges in multiple disciplines that need to be addressed for IoT systems to be widely deployed.  This talk will discuss some of the challenges and recent approaches to develop smart analytics-based systems that are safe and sustainable. 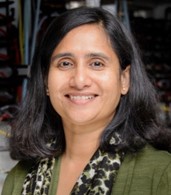 Sujata Banerjee leads research activities in the areas of distributed systems, networking and machine learning at VMware. She has worked on software defined networking, network function virtualization, network energy efficiency and measurement. Sujata served as the technical program co-chair of the ACM SIGCOMM 2020, USENIX NSDI 2018 and ACM SOSR 2017 conferences. She holds over 40 US patents and is a recipient of the U.S. National Science Foundation (NSF) CAREER award in networking research. She is a member of the Computing Community Consortium (CCC) Council of the Computing Research Association (CRA) and is on the scientific advisory committee of the FABRIC programmable research infrastructure. In 2020, she served in the AI working group of the FCC’s Technology Advisory Council.  She was the vice-chair of ACM SIGCOMM (2019-2021) and continues to serve on the SIGCOMM CARES committee.  Prior to VMware, she was a director and distinguished technologist at Hewlett Packard Enterprise Labs, leading research on enterprise, service provider and datacenter networks. Before her industrial research career, she held a tenured Associate Professor position at the University of Pittsburgh.  Sujata received the Ph.D. degree from the University of Southern California (USC) and the B.Tech. and M.Tech. degrees from the Indian Institute of Technology (IIT) Bombay. 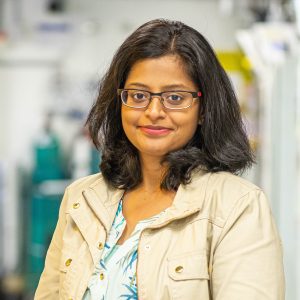 Anu Mercian is a Senior Researcher in the Networking & Distributed Systems Lab at Hewlett Packard Labs. During her tenure at HPE, she has worked with HP Networking and Aruba Campus Switching R&D Groups on various networking products and open source projects. She received her PhD from Arizona State University. Her research interests include Network Policy Orchestration, SDN, Edge Networking, SmartNICs etc. 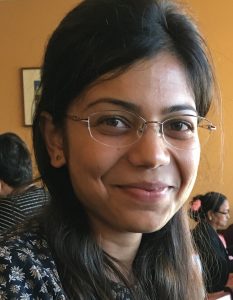 Rachee Singh is a senior researcher in the office of the CTO at Azure for Operators. Previously, she was a researcher in the Mobility and Networking group of Microsoft Research, Redmond. Her research interests are in computer networking with a focus on wide area network performance and monitoring. She has been recognized as a 2018 Systems and Networking Google PhD fellow and as a 2021 Rising Star by N²Women. 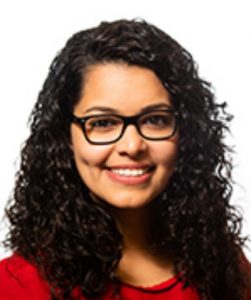 Nikitha Radhakrishnan is a Technical Advisor for the Building Technologies Office at the US Department of Energy and a research engineer at the Pacific Northwest National Laboratory. At BTO, she leads the development of a roadmap for emerging building automation technology and assists in developing an R&D vision and strategy to achieve BTO and DOE’s missions in the areas of control systems, artificial intelligence, and energy justice.  At PNNL, she works on projects that design and develop control systems, optimization, and machine learning techniques for energy-efficient and low-emission operations of grid-interactive efficient buildings and the power grid. She is a recipient of the DOE Energy Efficiency and Renewable Energy Assistant Secretary Outstanding Achievement award.

Ying Zhang is Software Engineering Manager in Facebook. She works on large scale network management problems and her research interests are in Software-Defined Networks, Network Function Virtualization, network monitoring, Internet routing, and network security. She has 30+ granted US/International patents, 50 peer-reviewed publications with about 1500 citations, and she was named by Swedish media as Mobile Network 10 Brightest Researcher. She was awarded as a Rising Star in the Networking and Communications area. 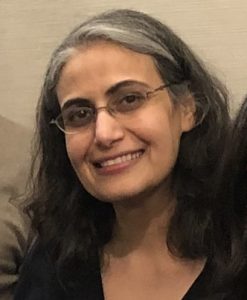 Sonia Fahmy is a professor of Computer Science at Purdue University. Her research interests lie in the design and evaluation of network architectures and protocols. She received the National Science Foundation CAREER award in 2003, and was named a Purdue University Faculty Scholar in 2016. Her research has been supported by grants from the government and industry, including NSF, DHS, AT&T, Facebook, Cisco Systems, Hewlett-Packard, Northrop Grumman, Schlumberger, and BBN. She served on the organizing or technical program committees of several conferences including ACM SIGCOMM, SIGMETRICS, MOBICOM, CoNEXT, and SOSR, and IEEE INFOCOM, ICNP, and ICDCS, and on the editorial boards of IEEE/ACM Transactions on Networking, IEEE Transactions on Mobile Computing, and IEEE Transactions on Computers. 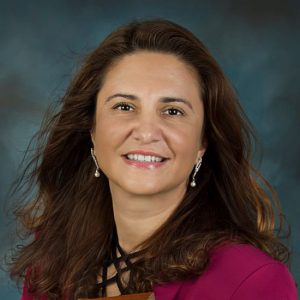 Ralucca Gera is a Professor of Mathematics  at the Naval Postgraduate School (NPS) where she serves as the Director of the Academic Certificate in Network Science, the Director of CHUNK Learning project, and the Senior Advisor to the Associate Provost for Graduate Education. A forward thinker, she is a leader in both the classroom and administration with an education strategy focused on quality, effectiveness, and innovation in the education ecosystem. She supports personalized education through intentional learning strategies that emphasize excellence, exploration, and experimentation. She empowers students to be confident learners by cultivating curiosity and inquiry, inspiring them to take ownership of their learning experiences. She recently founded the Office of the Associate Provost For Graduate Education and served as the first Associate Provost for Graduate Education. She founded the Teaching and Learning Commons, and became as the first Director of Teaching and Learning Commons also at NPS. 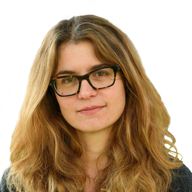 Athina Markopoulou is a Professor and Chair in the EECS Department at UCI Irvine. Her research is in the area of computer networks, with current focus on privacy and data transparency for mobile networks and Internet-of-Things.  Prior to joining UCI, she held short-term positions at SprintLabs, Arista Networks, and IT University of Copenhagen. She has co-founded Shoelace Wireless (2012-16). She is an IEEE Fellow and she has received the NSF CAREER award in 2008, the HSSoE Faculty Mid Career Research Award in 2014, the OCEC Educator Award in 2017, and a UCI Chancellor’s Fellowship in 2019. She has served as an Associate Editor for IEEE/ACM Transactions on Networking and for ACM Computer Communications Review, as the General Co-Chair for ACM CoNEXT 2016, as TPC Co-Chair for ACM SIGMETRICS 2020 and NetCod 2012, and on numerous committees for top ACM and IEEE conferences. She has published more than 100 papers, several of which with distinctions, and has graduated 11 PhD students. She currently serves as the Director of the ProperData SaTC Frontier project whose goal is to “Protect Personal Data on the Internet”.

Sylvia Spengler is program director at the National Science Foundation, in the Division of Information and Intelligent System (IIS) within the Computer and Information Sciences and Engineering (CISE) Directorate. She also served as program officer for the Biological Databases and Informatics in BIO/DBI. Prior to joining NSF, she was a Director of Department of Energy (DOE) Human Genome Program Field Operations. She also served as Co-Director of the Program in Mathematics and Molecular Biology at the University of California, Berkeley, Lawrence Berkeley National Laboratory. Her many honors include Senior Fellow of the American Cancer Society, and National Institutes of Health (NIH) Postdoctoral Fellow. Her many publications include co-authorship of the DOE’s Primer of Molecular Biology. Her current NSF programs include 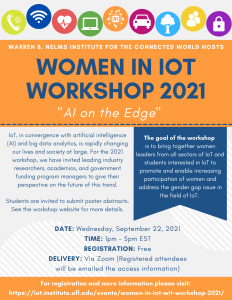