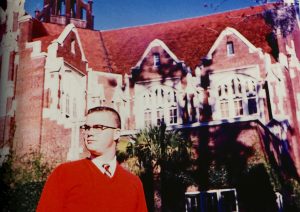 The Nelms Institute for the Connected World is named in honor of Department of Electrical and Computer Engineering (ECE) alumnus Warren B. Nelms, a New Engineer who built his own solar “smart” house where he raised his children – who both went on to become UF engineers as well. His son and daughter-in-law, David and Daryl Nelms, have honored him by generously investing $5M to help create this institute.

Nelms’ innovative spirit revealed itself early in his life—he invented an auto-dial system for telephones while still in high school.

Nelms went on to earn an MBA from the University of Pittsburgh in 1968 and later worked for Westinghouse.

Prior to retiring, he started his own company, Computec, and invented a device, Bluebox, used to determine home energy use, cost, and efficiency.

Learn more by watching the video below.