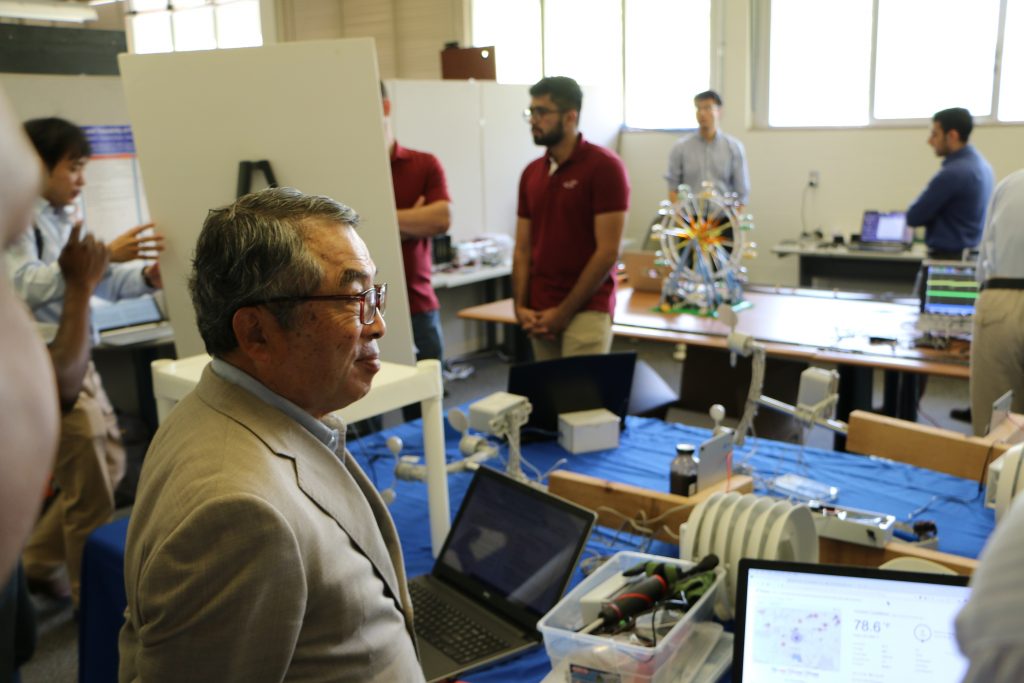 Dr. Semmoto has a special relationship with the Warren B. Nelms Institute for the Connected World—he was instrumental in its creation and has continued to support it with a generous gift of $1.5 million, creating the Semmoto Professorship of IoT. The Semmoto Professor will also serve as the director of the Institute.

Dr. Semmoto has a long and storied history of entrepreneurship in Japan. He began his career at Nippon Telegraph & Telephone (NTT), where he led the development of Japan’s first optical fiber system. He went on to co-found DDI Corporation, the first privately-held telephone company in Japan. In 2005, Semmoto founded his fifth start-up company, eMobile. With a propensity to create new systems for future generations, Semmoto is a founder of Eco-Power Co., Ltd., Japan’s first wind-power generating company, and has helped lead the movement for eco-friendly technology in Japan.

The Institute thanks Sachio and Frances Semmoto for their generosity and their bold leadership.