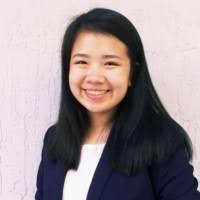 Caroline Chhu is a third-year Chemical Engineering major working with ECE graduate student Naren Masna and Dr. Swarup Bhunia. She has been working on a project to detect fake medicines and synthetic opioids using Nuclear Quadrupole Resonance (NQR) Spectroscopy. Her involvements outside of research include being the Events Director for Chemical Engineering Peer Advisors and the President of the Chinese American Student Association.

Counterfeit or substandard medications are a significant contemporary issue. The rise in the black market for opioids after increased restrictions on prescriptions has led those to use generic pill makers and stamps from China to make and distribute pills with fentanyl, a synthetic opiate 50 times stronger than heroin and 20 times cheaper. These are the cause for many deaths due to drug overdose and misuse. Similarly, In developing countries, 200,000 deaths from malaria are avoidable per year if not for the counterfeit antimalarial drugs in circulation. They can be found at general pharmacies due to the weak regulation of the federal government on drug standards. The application of counterfeit drugs may lead to prolonged illness and increase the risk of severe disease or death and can also increase drug-resistance for parasites.

Many drugs can be authenticated using NQR spectroscopy. Most elements in the periodic table are sensitive to radio frequencies and most medicine consists of NQR sensitive nuclei, especially Nitrogen. We can authenticate the medicine by looking at the characteristics of these NQR responses. Since, the NQR frequency at which these nuclei respond are very unique, we can distinguish between counterfeit and authentic drugs. In some cases, we can distinguish between the same drug from different companies. We are currently using this technique to detect synthetic opioids and counterfeit drugs. These devices can be manufactured to be used by those in the pharmaceutical industry, government, and consumers.