On March 1, the Nelms Institute for the Connected World hosted distinguished ECE Alumnus Dr. Sachio Semmoto (MS ’68, Ph.D. ’71). Semmoto and his wife, Frances, toured the recently refurbished institute on the third floor of Benton Hall, met with students and faculty, and learned about the scope of their current and future work.

Dr. Semmoto has a special relationship with the Nelms Institute—he was instrumental in its creation and has continued to support it with a generous gift of $1.5 million, creating the Semmoto Professorship of IoT. The Semmoto Professor will also serve as the director of the Institute.

Semmoto viewed demos of eleven IoT devices and projects and had the opportunity of asking questions of the students and faculty who had worked on the projects. Though unassuming and quiet in person, his questions showed his direct and inquisitive character and his fierce independence of thought.

Dr. Semmoto began his day at the Institute with a vision discussion, where he heard Dr. Sandip Ray and Dr. Yier Jin discuss their vision of the Institute’s future, near-term as well as long-term. He asked probing and penetrating questions of both professors. After the tour and a lunch with Nelms Institute faculty, students and associates, they continued their travels, but not before posing for this farewell photo: 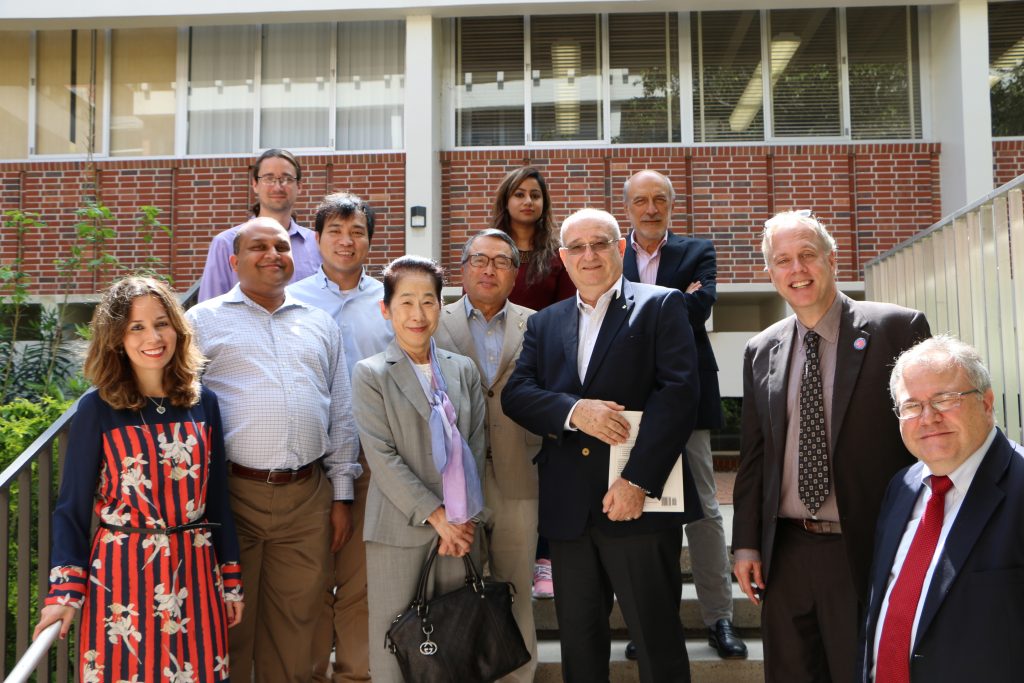 Dr. Semmoto has a long and storied history of entrepreneurship in Japan. He began his career at Nippon Telegraph & Telephone (NTT), where he led the development of Japan’s first optical fiber system. He went on to co-found DDI Corporation, the first privately-held telephone company in Japan. In 2005, Semmoto founded his fifth start-up company, eMobile. With a propensity to create new systems for future generations, Semmoto is a founder of Eco-Power Co., Ltd., Japan’s first wind-power generating company, and has helped lead the movement for eco-friendly technology in Japan.

The Institute thanks Sachio and Frances Semmoto for their generosity and their bold leadership and was honored by their visit.